Bed bug behavior is the topic of some scientific research that aims to find answers on how to eradicate and control its population. There isn’t many of it but it’s still enough to establish a basis on how these small bugs move inside a property and how they establish harborage. Knowing all these would help in dodging the itchy bites and possibly eliminating the pest population even before they launch a massive attack.

Plainly speaking, bed bug infestations could have been prevented if homeowners know telltale signs and the succeeding behavior of the insects. It’s a given fact that bugs are master hiders but they surely won’t be able to conceal their traces, especially to someone who knows their ways.

Here, I discussed a few of the bed bugs’ unique behavior that will play an important role in the extermination. Take time to read and check if ever there are signs on your property that you can relate here.

Bed bugs are bloodsuckers. They feed on blood to sustain their growth, especially for the nymphs that have to undergo a series of molting to reach adulthood. The amazing fact about their feeding is that they have a natural anesthesia which allows them to pierce the skin without the host feeling anything. They will eat every 3-10 minutes but for the old bugs, they can survive up to 140 days and even 550 days for the fully grown ones.

To give you an idea about how hefty eaters these pests are, they can suck the blood of up to six times more than their body size. This is why they can produce the so-called ‘breakfast-lunch-dinner’ bite bed bug behavior. After eating, they would leave a small amount of saliva containing histamines that will start to itch after a few days. 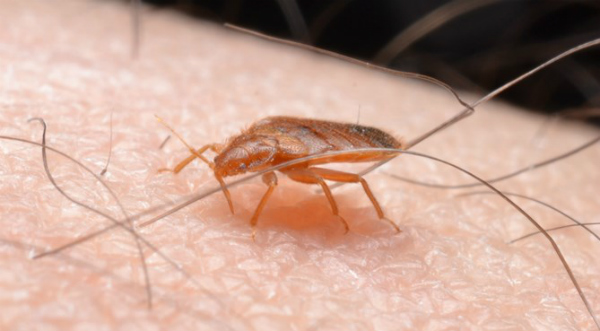 This pest can reproduce fast and their hideous nature allows them to establish multiple groups without getting noticed. A female bug can produce up to 250 eggs throughout its lifetime. Unlike other insect pests, almost all female bed bugs can lay eggs and help in the expansion of the colony. A female bed bug usually leaves the original colony when it’s time to lay eggs. After laying the eggs on rough surfaces, the new bugs would soon start another group of bloodsuckers.

It would take up to 10 days for the 1/6” eggs to hatch and seek for food. The nymphs or young bugs would eat more as their bodies need additional food to survive the adulting phase. Once it reaches adulthood, the bug is expected to live up to four months.

The reason why bed bugs only bite at night is their nocturnal nature. During the morning when the lights are on and the sunrays enter the house, they are silently hiding on tiny cracks. Another reason for this bed bug behavior is the availability of the host. Evolution might have something to do with it as the hosts are immobile at night and this makes it easier for the pest to suck juices repeatedly.

Bed bugs aren’t really light sensitive as you can spot them moving on the corners of the house even during the day. But as part of their cloak, they have to be low key when the lights are on. This is so they won’t be squashed to death or located easily.

Bed bugs are called as such as they usually harbor within eight feet from the host’s sleeping area. Their favorite spots are the bed box spring, mattresses, carpets, electrical outlets, and even furniture that surround the bed. The more places with tiny and dark cracks, the more enticing it would be as a place to hide.

They could also hide behind wallpapers and wall junctions that make it difficult to detect an infestation. Another place that they love using as a harborage and hitch is your luggage. It allows them to transfer from room to room including movable pieces of furniture, stuffed chairs, and other materials that you habitually carry with you. If you’re not really watchful, they can stay in your closet and cling to your clothes.

With average hatching eggs of about seven per 10 days for a single female bug, this insect can be deemed fast producers. If there are 10 females that will lay eggs simultaneously, there would be 70 additional bugs in a week. That is exponential as the nymphs are also equipped to reproduce members of the colony.

The only consolation on this bed bug behavior is that female bed bugs don’t mate too much. It will take them days to mate again as the process causes injuries to the female bug. Also, the young nymphs tend to produce a pheromone that causes fear for the male bugs, thus discouraging mating. 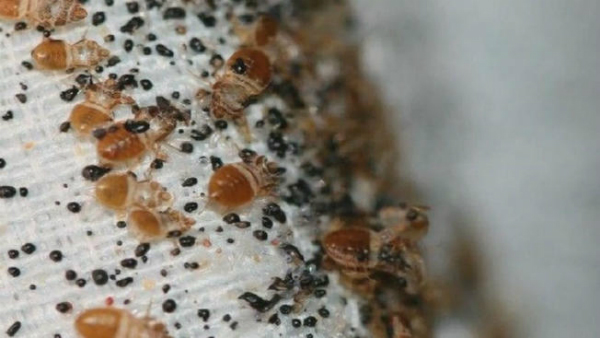 Still, never underestimate the power of these bugs when they are already biting and causing physical and psychological disturbances.

Bed bugs bite humans because of the body heat and carbon dioxide that comes from them. But there’s one thing that discourages the bugs from biting certain parts of the body: hair. If your arms and legs are too hairy, the bugs would find it hard to crawl and bite. But this doesn’t mean that you are no longer to susceptible to bites. The insect would only continue to crawl until it finds another part of your body that it can bite.

This is the same reason why the bugs don’t usually bother your pets. Dogs and cats have thick fur that is hard to crawl. This is already a discouraging fact for the pest aside from the less carbon dioxide the doggo releases.

Knowing the bed bug behavior is key to preventing the spread of an infestation. These are just some of the useful facts that you can find so make sure that continue reading other posts here to have more guidance resources. Do you have something to add? Discuss it with us in the comment section.

10 Easy Hacks To Avoid Bed Bugs While Traveling – ‘Beware of the Hitchhikers’!